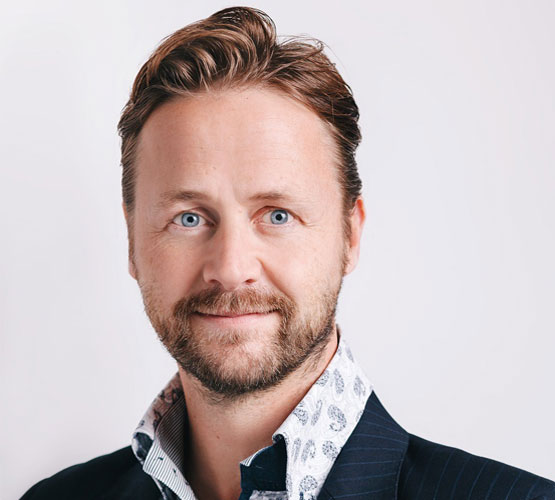 Jim Stolze is a pioneer and thought leader on digital transformation. His early work got him featured on CNN and brought him an invitation to speak at the TED Conference in California. Ever since he has been a promoter of “Ideas Worth Spreading” kick starting TEDx events in The Netherlands, Europe, the Middle East, the Caribbean and the United States. He also makes a weekly tv-program on RTL Z called ‘Toekomstmakers’.

Together with the European Commission he created a program called “Ideas from Europe”. On this platform aspiring entrepreneurs from 28 member states joined together to see how their business ideas could have a positive impact on society. In 2016 Jim Stolze was asked by former Vice-president of the European Union Neelie Kroes and Prince Constantijn of the Netherlands to create a festival of match making between startups, investors, corporates and developers, resulting in Startup Fest Europe. Now he is the Chief Strategy Officer of Singularity University in the Netherlands