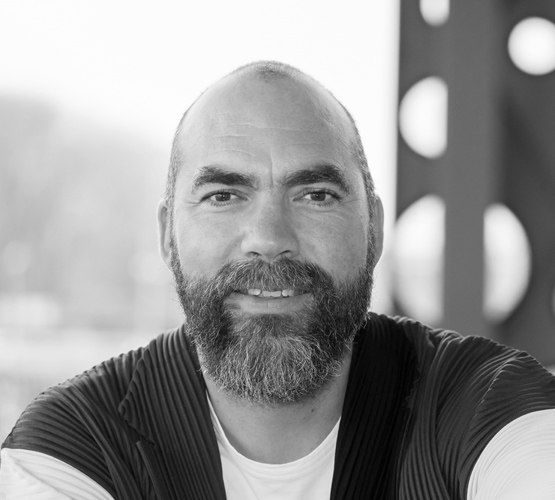 A multitalented autodidact artist. A background in art, technology and music. As an artist Bram has a focus on sculptures and installations. His work is often theatrical with a grand gesture and is often displayed in large spaces.
Kicking off his career in 2016 with the infamous Apping glow in the dark garden gnome series, Bram started to create and learn with the help of various mentors a.o. Gabriel Lester. Five years later his oeuvre starts to develop a clear line around what it means to be human in our times. Sometimes his work sparks reflection and spirituality around this theme (Orphans, Inevitability, …) while sometimes it challenges our relationship with technology by screaming from a soapbox (Agitdgg series, Robots in captivity, …).
His latest robots in captivity series meant a breakthrough in his career with a solo exhibition in museum Buitenplaats Doornburgh, his work acquired by collectors and musea (a.o. Nemo), and acknowledgement from the press (a.o. Kunststof radio).