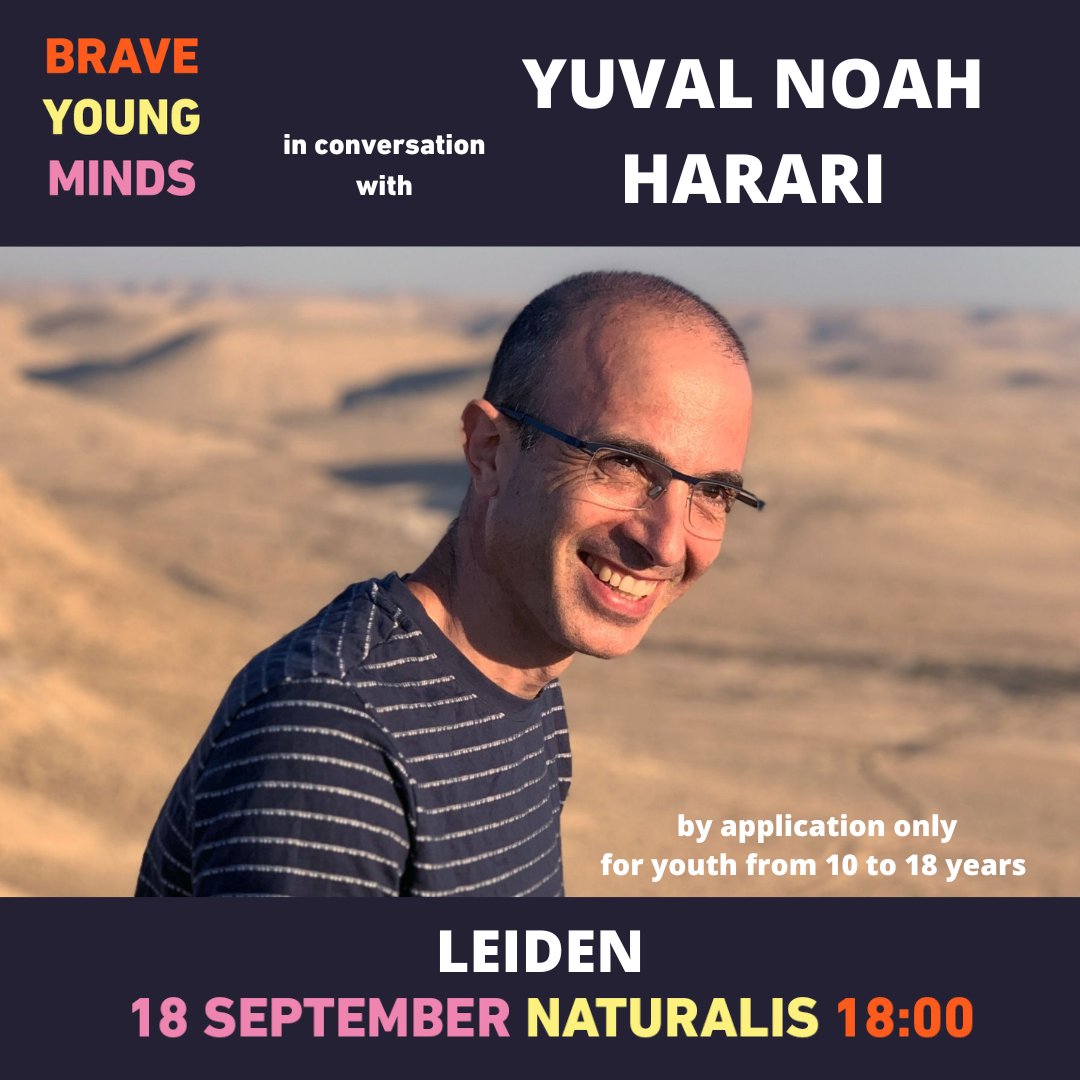 During the first edition of Brave Young Minds, on September 18 in Naturalis Biodiversity Center, writer, historian and philosopher Yuval Noah Harari will talk with hundred children about the history of mankind. Brave Young Minds is organised by Brave New World Conference, especially for our youngest generation. Children from 10 years of age will be invited to ask their questions about our world and mankind to a very special guest. We are extremely honoured that Prof. Harari will be our first guest in Naturalis in Leiden as one of the highlights of Leiden European City of Science 2022.

Do you have a question for prof. Harari?
Brave Young Minds is an English speaking event, based on invitations only. Youth between 10 and 18 years old that want to participate, can apply for an invitation through the application form. This requires filling in their name, age, contact details as well as a question (max. 3) in English. One hundred children will be selected from all applications to attend the event on September 18th at Naturalis in Leiden. They will be offered the chance to ask their question directly to prof. Harari. The event is free.

In September Yuval Noah Harari will publish a new children’s book – “How Humans Took Over the World”. Harari will bring his talents to the page for young readers for the very first time to share how humans eventually came to dominate Earth. And how—through triumph and growth, but also relentless, destructive voracity—humans became truly unstoppable. From learning to make fire and using the stars as guides to inventing stories and cooperating in huge numbers, the secrets of how our ancestors evolved millions of years ago will be uncovered, revealing the superpowers that brought us to “now,” and how they were used to make humans invincible . . . but also insatiable.

About Prof. Yuval Noah Harari
Historian, philosopher, and the bestselling author of Sapiens: A Brief History of Humankind, Homo Deus: A Brief History of Tomorrow, 21 Lessons for the 21st Century, and Sapiens: A Graphic History. His books have sold over 35 million copies in 65 languages, and he is considered one of the world’s most influential public intellectuals today.